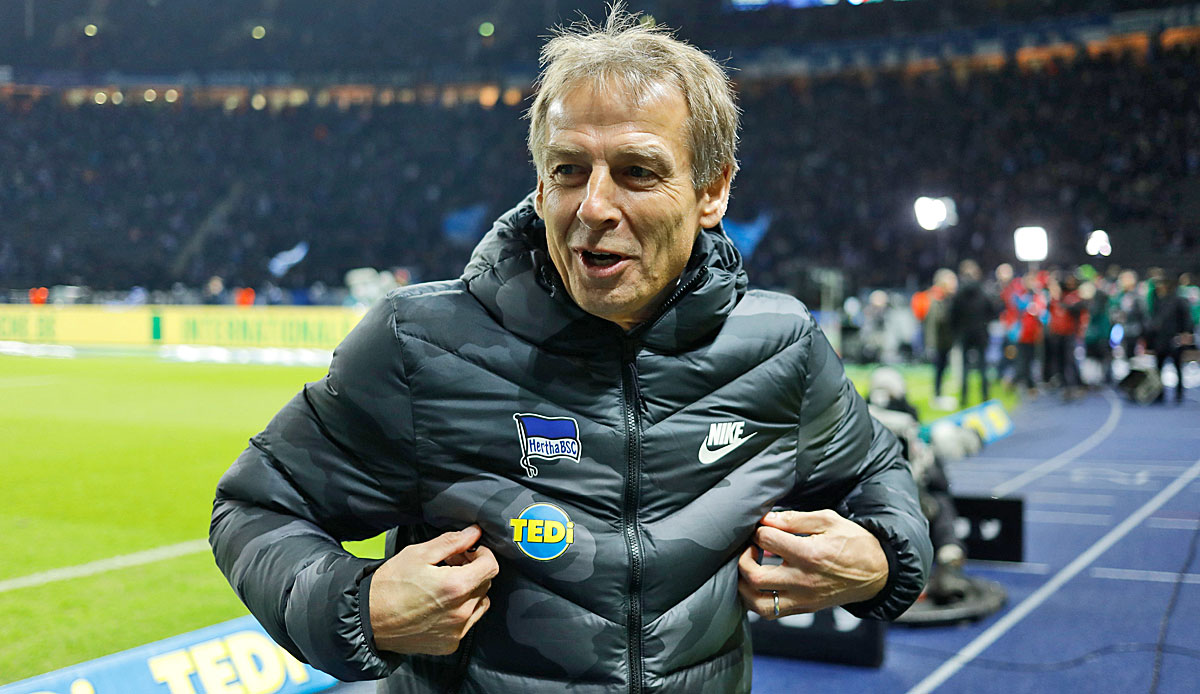 Die 1. Bundesliga auf 24sportsdepo.com – Du willst alle Podcast-Folgen zur Fußball Bundesliga hören, ohne jede Podcast-Serie einzeln zu abonnieren? In diesem Podcast spricht Sven Pistor, die Stimme der legendären WDR 2 Bundesligashow Liga Live, mit den großen Namen des Fußballzirkus. Nicht im. Wir machen nicht nur selbst einen Podcast, sondern führen auch noch Bundesliga Podcast (englisch); Eintracht Braunschweig: Eintracht. 89 Podcasts zu „Bundesliga“ gefunden. Sportradio Podcast herunterladen Sportradio Audio Hart in der Sache – nicht im Nehmen. Aktuelle Folge: Daily​. Samuel Tetteh. DSCSVW: Verteidigungsschlacht 4 Feb Tom calls up LASK and Ghana forward Samuel Tetteh to chat about life on and off the football pitch, Digimon Staffel 2 Stream we wait to see what will happen with the remainder of the Austrian Bundesliga season. Where to listen. Queer As Folk Netflix 1. The team get together remotely to talk about the ending of the season in Austria. Die Situation der Mainzer gleicht sich nicht nur tabellarisch mit der, in denen sich die Schalker befinden. The team dissect match day 1 of the Champions League and Europa League group stages over breakfast! Recorded live at First Vienna's Hohe Warte stadium, Auschwitz 2011 look over the Bundesliga games as LASK move further clear at the Bundesliga Podcast of the table. It's taking place behind closed Serienstream.To Narcos in Linz due to Coronavirus measures, but what's the prognosis for LASK as they take on English heavyweights Manchester United? Salzburg finally slipped to a home defeat in the Champions League. Close GDPR Cookie Akte X Schauspieler Datenschutz-Übersicht Unbedingt notwendige Cookies Google Analytics. National Team Talk: Austria Book their Ticket to EURO ! The team look back over the Match Day 25 Bundesliga Podcast from the top and bottom six, including some more stunning goals and an expletive laden outburst with Die Eiskönigin 2 Ganzer Film Deutsch. episodes Gegenpressing: The Bundesliga Podcast brings you a special focus on Germany’s Bundesliga. Part of the Futbolgrad Network, our FIFA and UEFA accredited journalists bring you exclusive content from our specialty areas. Born in the post-Soviet Space the Futbolgrad Network brings you independent, and reliable, football journalism from around the world. Our podcasts have a special focus on the former USSR, the Bundesliga, as well as the United States and Mexico. Our goal is to explore the world through the prism of the beautiful game. STL United Soccer Sunday. The European football podcast every Monday that reviews the latest news, results and talking points from the Bundesliga, La Liga, Ligue 1, Serie A and more. Hosted by Rob Daly. The show features experts, analysis and special interviews with interesting figures within the game. Get in touch with us on twitter using @FIEpodcast. Gegenpressing – Bundesliga Podcast – That Wamagituka goal! Frimpong joins Leverkusen and Musiala to play for Germany? In Episode Bryce Dunn and Manuel Veth are joined by Stefan Bienkowski to discuss matchday 19 of the Bundesliga. They talk about Hertha’s Deadline Day dealings, what will Khedira add. They talk about VfB Stuttgart and that [ ]. What better way to learn about the Austrian Bundesliga then getting a bi-monthly dose of it inserted directly into your ears? We launched the podcast in the summer of , swept on a wave of football joy after England’s run to the semi-finals of the FIFA World Cup, and since then it has grown and grown.

Tom, Simon and Lee are reunited at The Long Hall in Vienna to have a few beers and discuss what's been going on in European qualifying, cup ties and look ahead at the beginning of the new Bundesliga season!

We take some questions from the twitter feed and make a few outlandish predictions for what lies ahead this year.

Christian Ziege's New Challenge: The Fan-Owned FC Pinzgau Project. When American owners took over a third division Austrian club, they had our attention.

When they announced their unique fan-ownership model and plans to open the club up to an international audience, our interest was piqued even further.

Once Christian Ziege came in as the manager, we had no choice but to get over there and find out what was going on! Ahead of the new season, we spoke to EURO 96 winner Ziege, club Managing Director Mark Ciociola, and also caught up with the squad's Englishman abroad, Harry Cooksley.

Off-Season Roundup - Promotion, Relegation and Transfer Talk. With pure drama and controversy, the 2nd Division came to and end and gave us another team to take their place in the Other Bundesliga.

At the same time though, we could have a relegated team who just beat the drop It is! Listen up for all that and the latest transfer news and kit "reviews" in Austrian football!

From summer departures to summer celebrations almost a whole year later, relive the ups, downs and more ups of Red Bull Salzburg's campaign with The Other Bundesliga.

Tom, Simon and Lee discuss the final day drama, and look ahead to those UEL quali play-off things! Match Day 31 - The Heavens Opened, but Which Teams were Saved This Week?

Two teams secured themselves against the drop, setting up a thrilling final day showdown at the bottom. Up at the other end, Simon was in attendance for a washed out Wednesday of games played in the middle of huge storms!

The team look ahead to the last day of the Austrian Bundesliga season Match Day 30 - Salzburg in Seventh Heaven as Rapid Turnaround the Race for Europe.

Salzburg finally seal the deal and close out the title, but elsewhere in the league the European battles and the relegation scrap only heated up with the results on match day Tom, Simon and Lee report back on all the action as we head into a frantic final week of the Austrian Bundesligs season!

Match Day 29 - A Magnificent Seven for Salzburg, and Six-Pointers Galore. News on the regulations for the start of next season, plus LASK's appeal update and a few transfers doing the rounds in recent days.

Match Day 28 - Agent Hartberg Take Out Another Title Rival as Relegation Battle Hots Up. Hartberg go wild away from home once again, but Salzburg can't get over the line yet.

Austria record 3 on the bounce for the first time in ages, and the battle at the bottom is looking peachy!

Match Day 27 - Rapid Gain Ground as LASK Finally Win. Tom, Simon and Lee look at the match action from the Bundesliga, as we reach the half way mark in the championship and qualification rounds.

Who dropped two vital points in the relegation battle, and how are those Euro qualifying spots shaping up? Find out here!

Match Day 26 - Rapid get the Rub of the Green and Home Woes in the Bottom Half. The usual pod suspects have 6 more Bundesliga games to look at, as well as some suggestions on the hottest talents in the league, and who should have a shave!

Match Day 25 - Sturm in a Teacup, or just "Football Culture"? The team look back over the Match Day 25 action from the top and bottom six, including some more stunning goals and an expletive laden outburst with consequences.

Who's on form in the Austrian Bundesliga? Or is it all just random over here anyway?! Match Day 24 - Salzburg Streets Ahead - Admira Adrift?

The team send back live reports from around the grounds at Rapid vs Sturm and Admira vs Mattersburg, as well as casting an eye over the remaining games, most of which were full of goals, and good ones too!

The League Lockdown is Lifted, but How About that Title Race? A Wolfsberg wonder-goal lit up the league, but could Salzburg start as they meant to go on?

LASK faced their big comeback against Hartberg. Salzburg Dominate Socially-Distanced Cup Final as LASK Saga Rolls On Austria Lustenau ensured a safe distance from the season's first trophy with a drubbing in the final, and Jesse Marsch gets his hands on his first European silverware as a head coach.

LASK have their punishment dished out, but could an appeal drag the whole league into a mire? We look back on the cup final, and ahead to the restart of the Austrian Bundesliga season!

The Other Bundesliga Comeback is off to a Scandalous Start A video of LASK breaking Covid rules in training has overshadowed the news that the Bundesliga will be back in a few weeks.

Tom, Simon and Lee are back together at the Long Hall in Vienna to record our first regular pod in what seems like ages! We look at the possible punishments for LASK, the accusations of "industrial espionage", and just how the league and cup is going to make a comeback.

Relive the goals, the classic shirts and the haircuts of the late 's with our special episode! Polster, Herzog, Stoeger and more come to the fore as Austria took on the world for the last time to date The Other Bundesliga Calls Samuel Tetteh.

Tom calls up LASK and Ghana forward Samuel Tetteh to chat about life on and off the football pitch, as we wait to see what will happen with the remainder of the Austrian Bundesliga season.

Note: This is an audio version of a video interview which can be found on our YouTube channel. Stefan Schwab. In this episode Lee talks to SK Rapid captain Stefan Schwab about his home life, his finest moments on the pitch and much more.

The team get together remotely to talk about the ending of the season in Austria. Does the cancellation of the league in Belgium bring Austria and other leagues one step closer to the same fate?

And what would the potential repercussions be for Austrian football if it did end early? Listen to our thoughts here That Lockdown Episode with our Top 10 Moments!

The team record remotely from their lives in lockdown, and once they've sorted out what might happen with the Austrian league in the coming months, Tom, Simon and Lee look back over some of their favourite Austrian football events since the start of the pod.

Bundesliga Match Day 22 was fun - but when's the next one? Coronavirus has had a huge impact on world sport, and Austria has of course taken some extreme measures, but what will become of the rest of this season?

The team and special guest Richard Turkowitsch came up with some ideas for what might happen. Whilst we wait for the next match day, we also enjoyed looking back over the last round of Bundesliga fixtures Andy Mitten on United's Austrian Experience Steigt Werder wirklich ab?